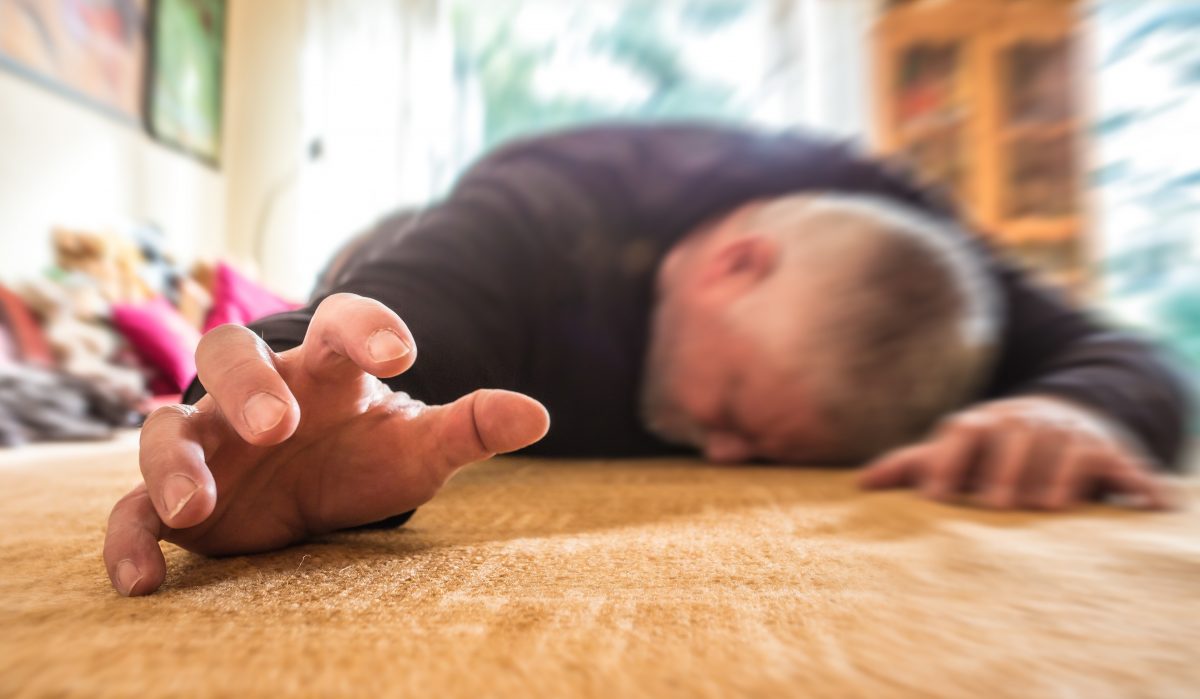 Epilepsy is a condition that most people are familiar with; disclaimers warning people with epilepsy about flashing lights or visual patterns in movies and games are ubiquitous in modern society. This article aims to outline what epilepsy is, and what to do if somebody you know is suffering from the seizures caused by epilepsy.

Epilepsy is a brain condition that causes bursts of electrical activity in the brain. These bursts, known as seizures, affect a variety of mechanisms in the brain, causing brain functions to be disrupted and manifesting in a wide variety of symptoms. While it usually mostly occurs in people over the age of 60, epilepsy can occur at any age, typically being a lifelong condition. It is possible that symptoms will improve over time, however.

These seizures are the main symptom of epilepsy, but depending on which part of the brain is affected there are a wide variety of types of seizure that can be caused. Focal seizures are often seen as a precursor to other types of seizures, and are sometimes known as partial seizures. They occur while you are awake and cause:
● a general strange feeling that can be difficult to describe
● a “rising” feeling in your stomach
● a feeling of déjà vu
● unusual smells or tastes, or tingling sensations in the limbs
● an intense feeling of fear or joy
● stiffness or twitching in parts of the body
Another variety of the focal seizure is the complex variant, wherein you lose your sense of awareness (including having no recollection of it occurring) and will make random body movements.

What are Tonic-Clonic Epileptic seizures?

A tonic-clonic seizure is what most people typically think of when they hear about epilepsy. They are two-staged:
● The tonic stage: wherein the epileptic loses consciousness , and may fall to the floor because of going completely stiff
● The clonic stage: wherein control of the limbs is lost, and there may be difficulty breathing. This stage frequently occurs in injuries to the mouth from biting the tongue uncontrollably
These seizures normally stop after a few minutes, but there may be difficulty in remembering what happened, as well as tiredness.

Absence seizures are very short, and typically occur in children. A person suffering an absence seizure will look like they are day-dreaming, staring blankly into space typically whilst fluttering the eyes or making small jerking movements. These last around 15 seconds and may occur multiple times a day. However, you are unable to recall them happening.

What are Myclonic Epileptic Seizures?

Myclonic seizures occur, ordinarily, shortly after waking up in the morning. They resemble receiving an electric shock, wherein your body suddenly rapidly jerks or twitches. You will remain conscious during them, but they only occur for a fraction of a second.

What is an Atonic Epileptic Seizure?

Atonic seizures are very brief, ending almost as quickly as they start, and are characterised by the sudden relaxation of all muscles in the body. This means the sufferers normally fall over, but they are able to right themselves almost immediately.

What is Status Epilepticus?

The most critical type of seizure is known as status epilepticus. This name is given to any seizure that lasts an abnormal length of time, or also when someone suffers multiple seizures in quick succession without regaining consciousness in between. If you look after an epileptic, you can receive training on how to treat these, but otherwise you should immediately call 999 and request an ambulance.

Seizures often seem to occur at random, but they can have particular triggers in some instances. These triggers include:
● Flashing lights
● A lack of sleep
● The process of waking up
● Drinking alcohol
● Some medications
● Certain illegal drugs
● Menstrual cycles
● And stress

What to do if Someone has an Epileptic Seizure?

Witnessing a seizure can be a disturbing experience, but there are some definite things you can do if someone you are with has a seizure. If it is known to be their first seizure, or if their seizure is lasting longer than five minutes, then you should call an ambulance. You might be tempted to try and hold the person still, but you shouldn’t do this. Equally, you must not move them unless they are in a dangerous position, for example if they are near a road. If they are in a wheelchair, ensure any harnesses or seatbelts are firmly fastened, and place a cushion or some other padding by their neck

If they have a collar, tie, or anything else tight around their neck, loosen this to allow the airway as much room as possible. If they are lying on the ground, you should place a cushion or something soft behind their head. Noting when the seizure stats, talk to them calmly until they are recovered. Once the seizure stops, place them into the recovery position. Also, don’t place anything into their mouth.

If possible, you should make some observations to give as information to the healthcare professionals assisting the seizure victim. This can include things such as what they were doing before the seizure, whether or not the seizure occurred suddenly, how long it lasted, or was there a loss of consciousness. Doing this can help determine what kind of seizure was suffered, and as such allow for more effective treatment and recovery.
If you suffer from epilepsy, it can be helpful to keep an epilepsy diary. Using this, you can record how many seizures you have, and keep track of the details above to assist healthcare professionals.

The conscientious carer should know what to look for when dealing with patients that may have epilepsy. General courses on First Aid Awareness can help while our dedicated Epilepsy Awareness Course covers all aspects of the condition should you ever come across it.

Further Reading
The NHS website contains a wealth of information about the various types of epilepsies: NHS

The charity Epilepsy Action has lots of detailed and understandable information about all aspects of epilepsy: UK Epileptic National Charity